The effects of the COVID-19 pandemic have specialty retailers including Sephora and Ulta Beauty poised to gain even more market share in the U.S., experts said.

How many brick-and-mortar retail stores does the beauty industry actually need?

That’s the question those in the industry are asking themselves in the wake of the COVID-19 pandemic, which has led more people to online shopping and majorly altered the retail landscape. Shoppers today want flexibility in their options, and to shop how they want, when they want — meaning brands and retailers need to be prepared for purchases coming from anywhere from traditional brick-and-mortar stores to TikTok.

The pandemic has accelerated retail trends that were already in place, including the rise of digital, ascent of specialty retail and decline in department stores, experts said.

The resulting retail ecosystem is one where specialty retailers, including Sephora and Ulta Beauty, as well as mass merchants like Target and Walmart, are poised to take even more market share than they had before the pandemic, retail analysts said. Department stores and drugstores on the other hand, may see sales slip even further, analysts believe, and single-brand retail concepts will likely curtail the amount of stores they choose to operate, underscored by the Estée Lauder Cos. decision to close about 150 freestanding stores recently.

“[The retail landscape] is moving more specialty and digital,” said Stephanie Wissink, a research analyst with Jefferies. “What you’re seeing is the breaking down of the conglomerate counter into these experiential kiosks. The department store footage is being reimagined and at the same time, the digitization of the category is leveling the playing field. [Department stores] can compete head to head with Ulta online, but what they lose in is the store experience.”

WSL Strategic Retail chief executive officer Wendy Liebmann called the moment a “reality check” for retailers trying to decide “how many stores is too many.”

“This is the moment — they’re now stepping back and saying, how many of these do we really need? How many physical stores do we need to deliver this category to this shopper, knowing what we know now about the omnichannel environment? That’s part of the reason you’re seeing some of the slowdown [in store openings],” Liebmann said.

“Where is the beauty shopper today, and how can we meet her and him where they are,” Liebmann continued. “That’s why the partnerships [between Sephora and Kohl’s, and Ulta and Target] — it’s a means of making themselves more available.”

Retailers are asking themselves, “Where is the beauty shopper today, and how can we meet her and him where they are,” Liebmann continued. “That’s why the partnerships [between Sephora and Kohl’s, and Ulta and Target] — it’s a means of making themselves more available.”

“We’ve been so real estate-focused as retailers in this country, because we have the luxury. What COVID[-19] and digital are forcing the retailers to do is say, ‘what role does beauty play?’ And then, ‘Do I have to do it in every store?’ Or, ‘how do I connect it better with the rest of the offer?'” Liebmann said.

Jane Hali from retail investment research firm Jane Hali & Associates called shifts in retail strategies a “rightsizing,” and said that the changes have occurred since the pandemic took hold, as online shopping took off. “If you compare e-commerce penetration in 2021 versus 2019, it is shocking how much more it is,” Hali said. According to eMarketer, retail e-commerce sales jumped from $598 billion in 2019, to $791.7 billion in 2020, and are projected to reach $919 billion in 2021. 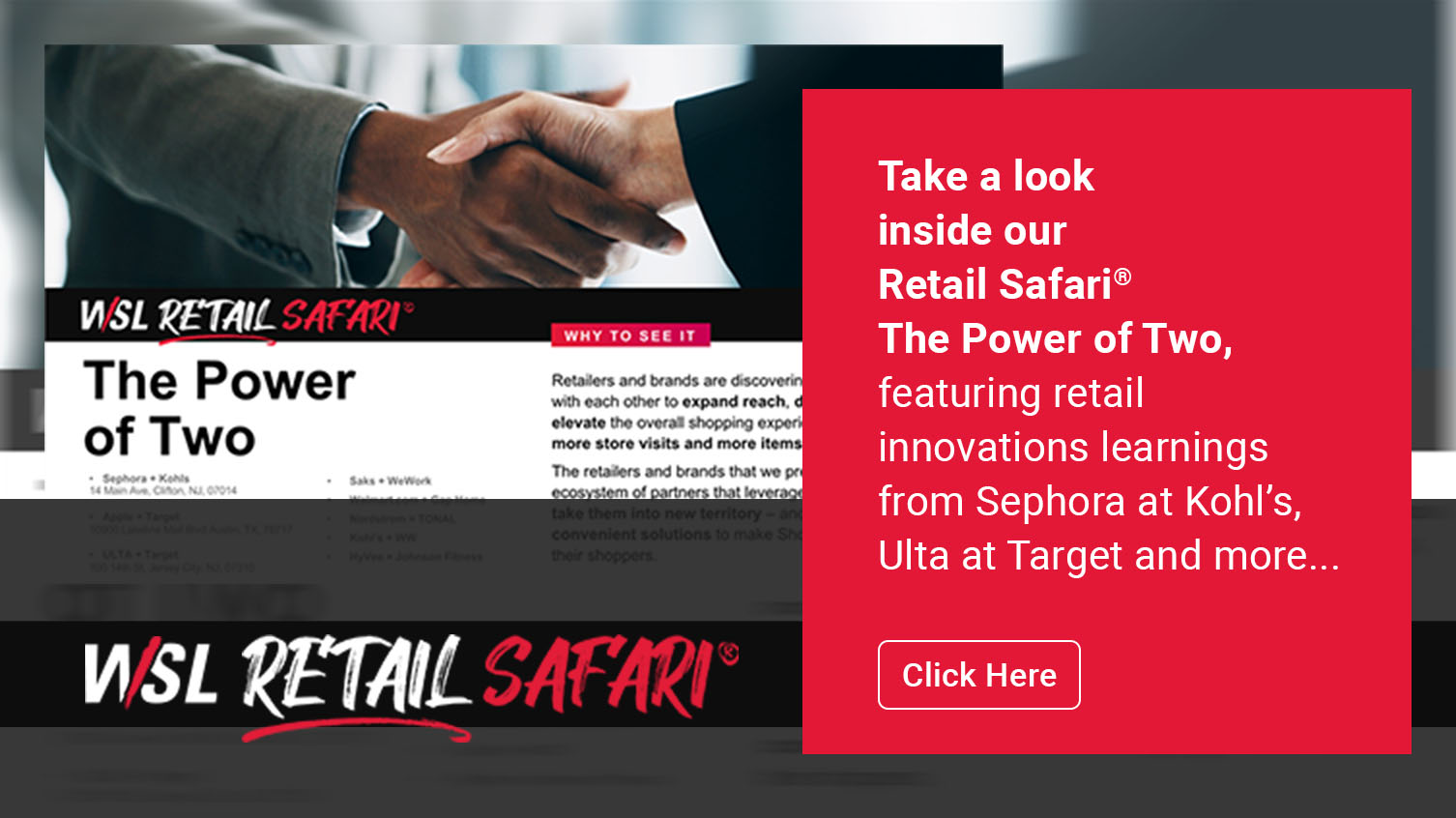 Collaborations between Sephora and Kohl’s, and Ulta and Target work for the current retailing environment, Hali said. “What they’re doing is playing on the traffic in the store already. That is market share. That makes more sense than expansion of brick-and-mortar — you want mind share,” Hali said.

Ulta is the largest specialty beauty retailer in the U.S., while Sephora is third. Bath & Body Works is second, Euromonitor said.

Despite category challenges during the pandemic, analysts said that both Sephora and Ulta are well positioned to pick up market share going forward, partially due to adjustments they’ve made in their strategies due to the pandemic.

Both Sephora and Ulta have slowed the rate of brick-and-mortar store openings. Ulta had previously targeted 100 new stores per year, and is now aiming for 50, and pre-pandemic, Sephora had aimed to open 100 new, freestanding stores in 2020, and is opening 60 in 2021.

Both retailers have also added new features to make shopping with them more appealing to today’s consumer, analysts said.

“The biggest play here is buy online, pick up in store,” said Mousumi Behari, a retail expert with Avionos. “Say you have a wedding tomorrow and you cannot wait for delivery — you could quickly look online, get the things you need, then go pick it up. Because of this, I don’t necessarily think the brick-and-mortar experience needs to be 2,000 square feet of beauty expo — it needs to be a couple counters of ‘take a look, see if you like it.’ Curbside pickup will still be huge.” 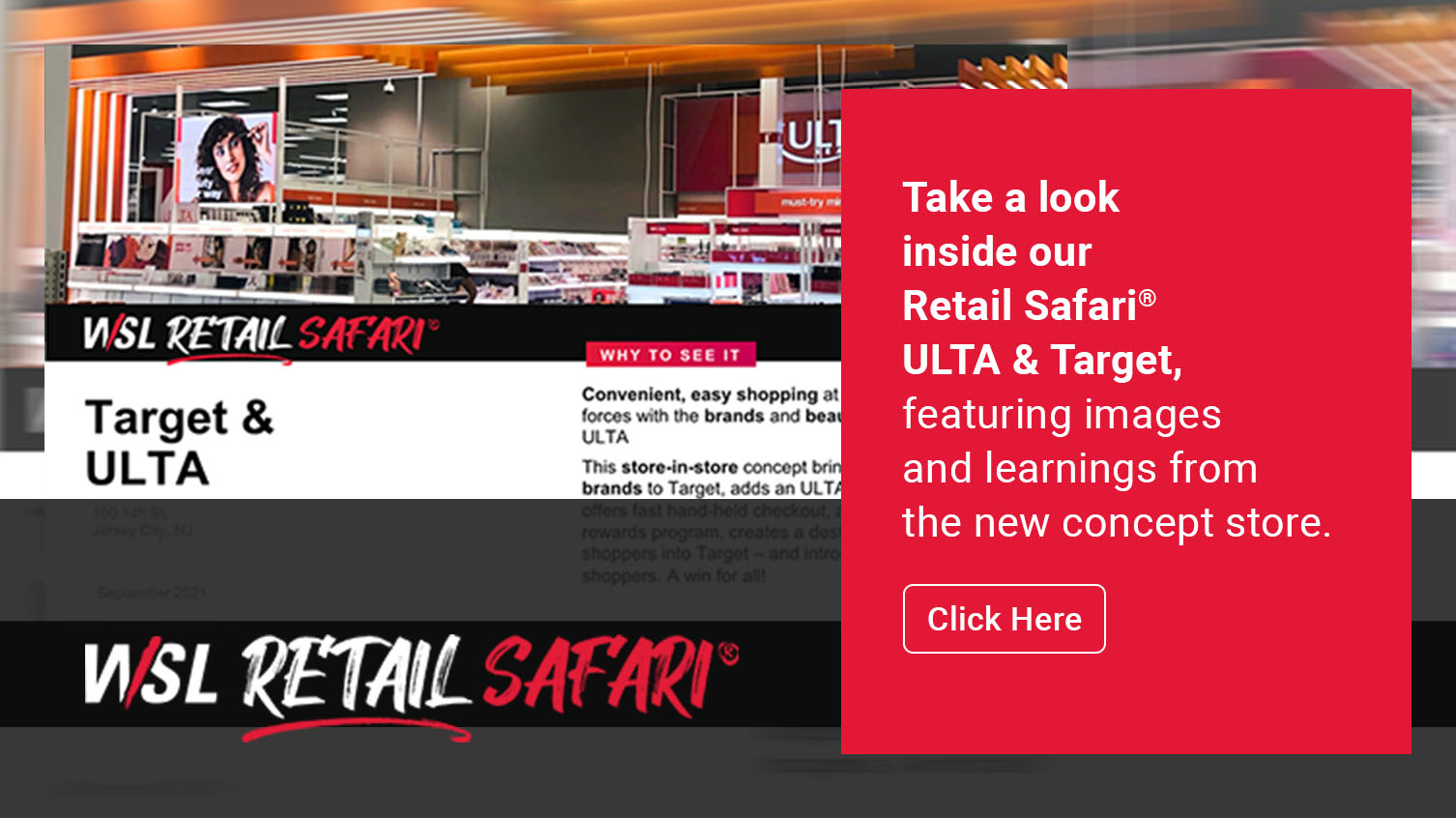 Both Sephora and Ulta are experimenting with same-day delivery options, and Ulta said in October it was working on “the digital store of the future” — meaning an update to its website meant to fuse informational content with product shopping. It will roll out gradually. Combined with a personalized search function, Ulta plans for “the browse and discovery journey [to] start to come together more,” said Ulta’s chief digital officer, Prama Bhatt, recently.

“The goal is to allow for search to become more, over time, of a two-way conversation where you get the responses you’re looking for and it guides your beauty discovery journey,” Bhatt said.

Sephora, too, has developed a live digital shopping tool that connects beauty advisers to shoppers, and has rolled out buy online, pick up in store options, as well as curbside pickup and two-hour delivery in some markets.

Digital innovation, including the incorporation of AR and AI technologies in retail, is another side effect of the pandemic, said Behari. “Beauty is becoming much more accessible,” she said.

Those types of services have also been rolled out by mass merchants including Walmart and Target in the never-ending quest to compete with Amazon.

“The mass channel is evolving and they are trying to make more of an effort within beauty,” said Neil Saunders, managing director of GlobalData Retail.

Saunders said that Target and Walmart are leading the pack in the mass market.

Walmart has a large presence and “a lot of potential,” Saunders said. Under vice president of beauty Musab Balbale, Walmart has aimed to move beyond a replenishment stop, into a place for discovery, storytelling and new brands.

Target, Saunders said, stands out for its selection of direct-to-consumer brands. In the past few years, Target has become a mass-market specialist in rolling out digitally native brands, starting with Harry’s but now including personalized hair care brand Function of Beauty and others.

Saunders said that the pandemic has also caused grocers to up their beauty game. “They come from behind in beauty, they’re never going to be a key destination, but they have made a bit more effort and they are trying to spruce up the stores and have a bit more emphasis on beauty and wellness,” he said.

Other areas of the mass market are not likely to fare so well, Saunders said, noting that drugstores are lagging behind.

“Rite Aid is probably the best one out of all the mainstream drugstores because it is trial-ing a new store format, trying to focus on wellness more, and trying to push more into premium products,” Saunders said. “Some of the new stores — they haven’t got many of them — actually look nice,” he added, noting the better lighting and fixtures.

He said that Walgreens has done an OK job, and tried to push some of its owned brands through stores, but that “CVS is absolutely awful,” and that executives are exclusively focused on health care.

“If you’re coming in to use health hubs and other things, walking into a dismal, down-at-heel store with bad lighting, bad fake carpet tiles, feels dingy, feels dirty, does not speak wellness to anyone,” Saunders said. “No one wants to go into that kind of environment for health care services, it’s completely dispiriting.”

Department stores, too, are falling further behind, experts said.

“The big challenge, and I don’t think we can blame COVID[-19] for this, is we’ve lost that quality of the uniqueness of the merchandise,” Liebmann said.

Several have already begun rightsizing store fleets, including Macy’s which has been closing stores for years; Nordstrom, which closed several stores in California, and J.C. Penney and Neiman Marcus, which both filed for bankruptcy during the pandemic with plan to close some stores. Now, some department stores are eschewing the idea of an omnichannel world and considering separating their online and offline operations altogether.

Department stores had a tough time during the pandemic because foot traffic declined, Saunders said. “They made up some ground online, but not all of it. That had a very bad effect on beauty because a lot of beauty in department stores is bought on impulse — it’s bought because people are in the store already,” he said.

Foot traffic has improved since the early days of the pandemic, he noted, but “department stores are still losing market share,” he said.

Liebmann said she still sees an opportunity for relevance for department stores, but it would require rethinking how they present the beauty category. “Am I delivering [beauty] in a more specialized offer like you see department stores around the world do? Not 500 Macy’s, but rather more of a flagship special concept, and removing those stores that are more regional, or spinning off, like Harrods has done in the U.K. with H Beauty,” Liebmann said.

Creating flagship offerings — like Nordstrom has done in New York with added beauty services — is relevant, but won’t be able to improve the larger business or channel, Saunders said. “You can do things in a one-off store, but it doesn’t make a difference as far as the chain or as far as the department stores in general are concerned,” he said.

As far as the ultimate flagships go — the brand store — the key is restraint, experts said. “Taking a brand to a very big one-off relationship is still viable,” Liebmann said. “It’s just not viable in 2,000 stores.”

Part of the issue in the U.S. beauty landscape is that retailers have marketed through scale, rather than through “personalized, customized offerings,” Liebmann said.

“The big challenge, and I don’t think we can blame COVID[-19] for this, is we’ve lost that quality of the uniqueness of the merchandise,” Liebmann said. “Goop, like it or don’t as a brand, you know where you stand with Goop. That’s what we don’t have much in the big national brands.”

WSL IN THE PRESS

What’s On Trend For Retail In 2022? Here Are 5 Predictions

By Bryan Pearson on December 3, 2021  ||  Forbes If the past two years have taught the retail industry anyt... Read More

WSL IN THE PRESS

Beauty Spending Will Look Different in 2021

Challenging the Future of Retail. It’s right in front of your eyes! | Podcast EP30

Gen Z is Waiting for You. Are You Coming?

WSL In The Press

What’s On Trend For Retail In 2022? Here Are 5 Predictions

Get our latest thinking on retail strategy & shopper insights.

Your message has been received and we will be contacting you shortly to follow-up. If you would like to speak to someone immediately feel free to give us a call 212.924.7780.